The calculation of a small transformer with galvanically separated secondary windings and autotransformer primary tap switching is very complex and time consuming. For this reason these small transformers are normally calculated with the help of computer programs.

The classical system of UI-equations for transformers having only galvanically separated windings has been extended by the author {R.1, R.2} to introduce autotransformer primary tap switching and has been prepared in the form of an algorithm for integration into the computer programs.

Since the arrangement of the partial windings of a small transformer is very variable, the classical method for calculating the short-circuit impedance is not very suitable. For this reason the method of root mean squares of the distances has been proposed {R.3}.

The system of UI-equations presented here has been integrated into the computer programs of the company RALE Engineering {R.4} since 1988 and has been used in practical applications.

The principal characteristics of a small transformer can be specified as follows: 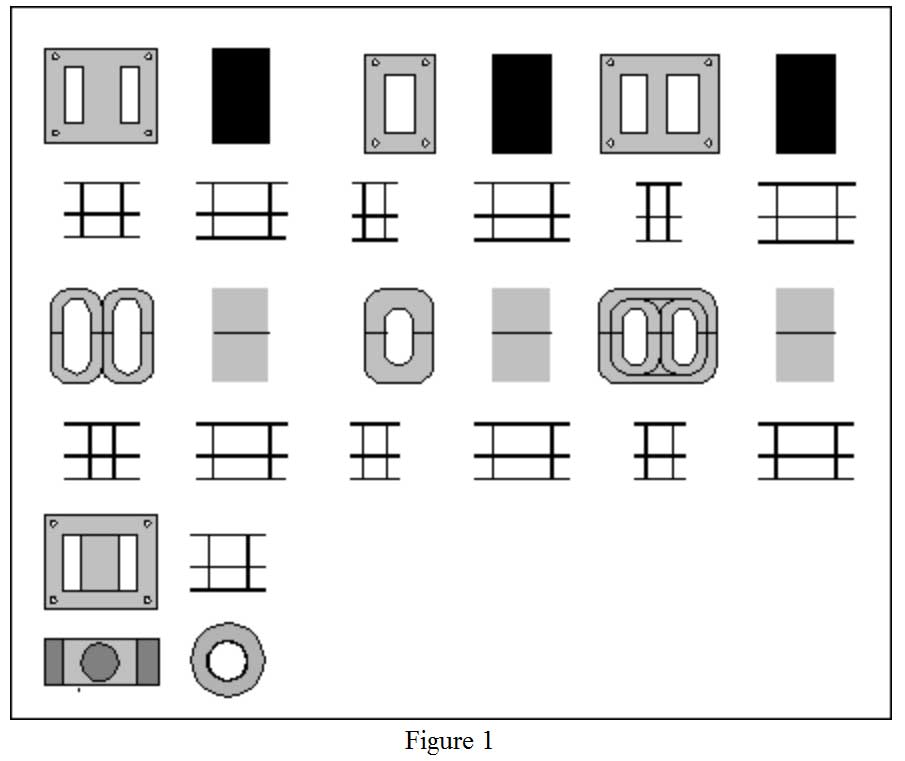 · The windings are normally wound on a single-section or a double-section bobbin. 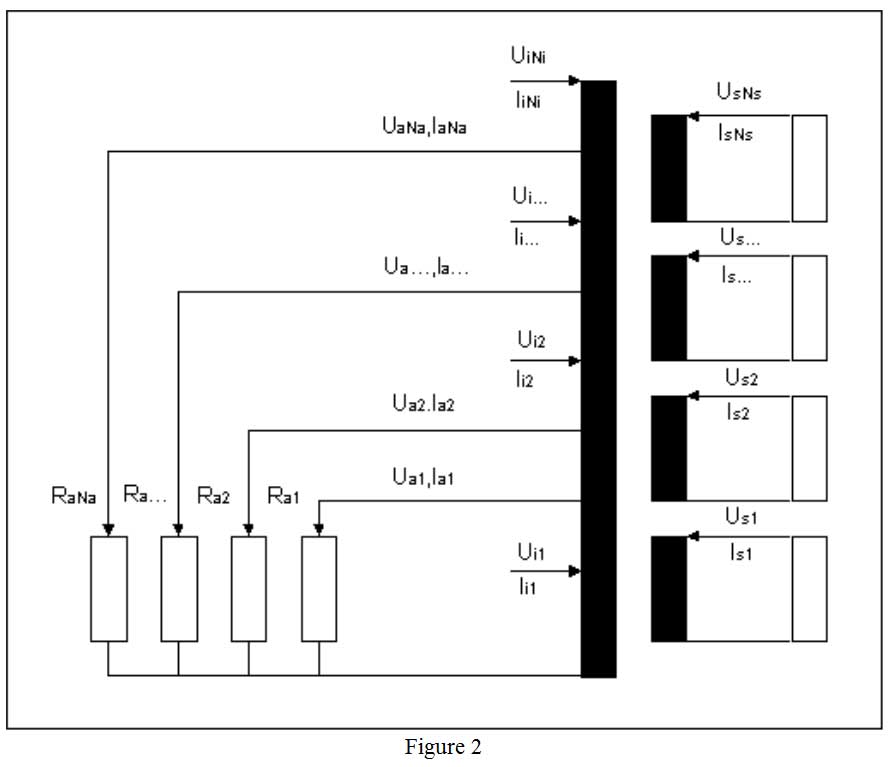 On the left primary side are Ni tapping points. Power supply to the transformer is always via one tap only. Each tap is designed for a certain supply voltage level. When the supply voltage is switched the outlet voltage should normally remain unchanged. On the left primary side one also sees Na tapping points. Na consumers are supplied via these autotransformer taps. The Ns secondary windings are used for providing galvanically separated supplies to the consumers.

Purely resistive consumers are almost always connected directly or via rectifiers to the secondary windings. In practice the input voltages (Ui...), the output voltages (Ua..., Us...) and the output currents (Ia..., Is...) are known.

The transformer is separated into 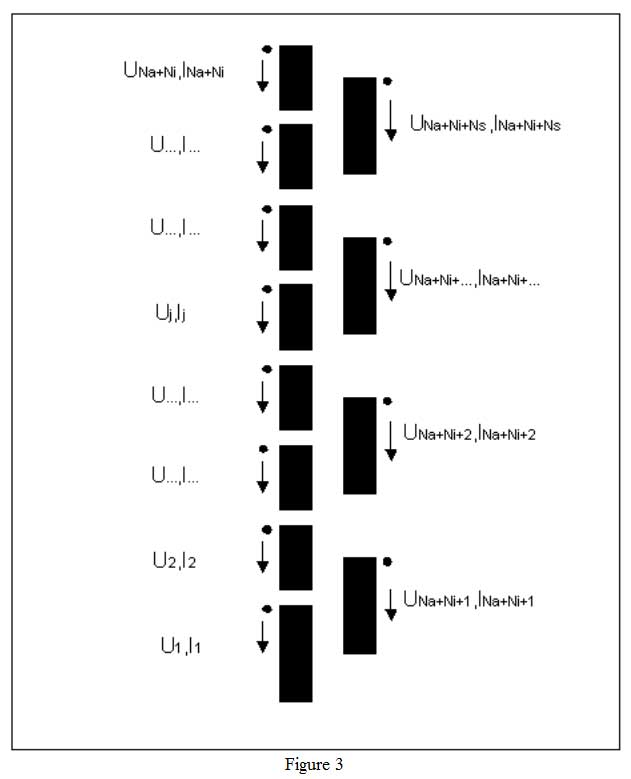 The transformer can be supplied via one tap only. Accordingly, the system of UI-equations for supplying the transformer via a specified tap is written as follows:

where the operator Zpq is defined as follows:

First, each equation is multiplied by its transformation factor 1/kp, where 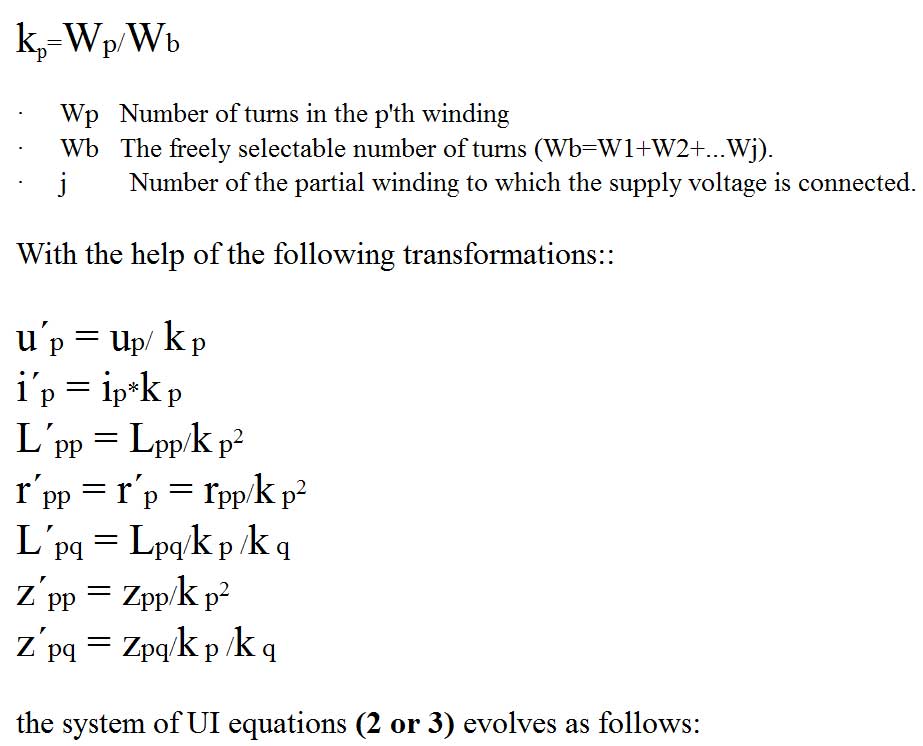 In Figure 4 the short-circuit impedance Zkpq of two windings is measured. 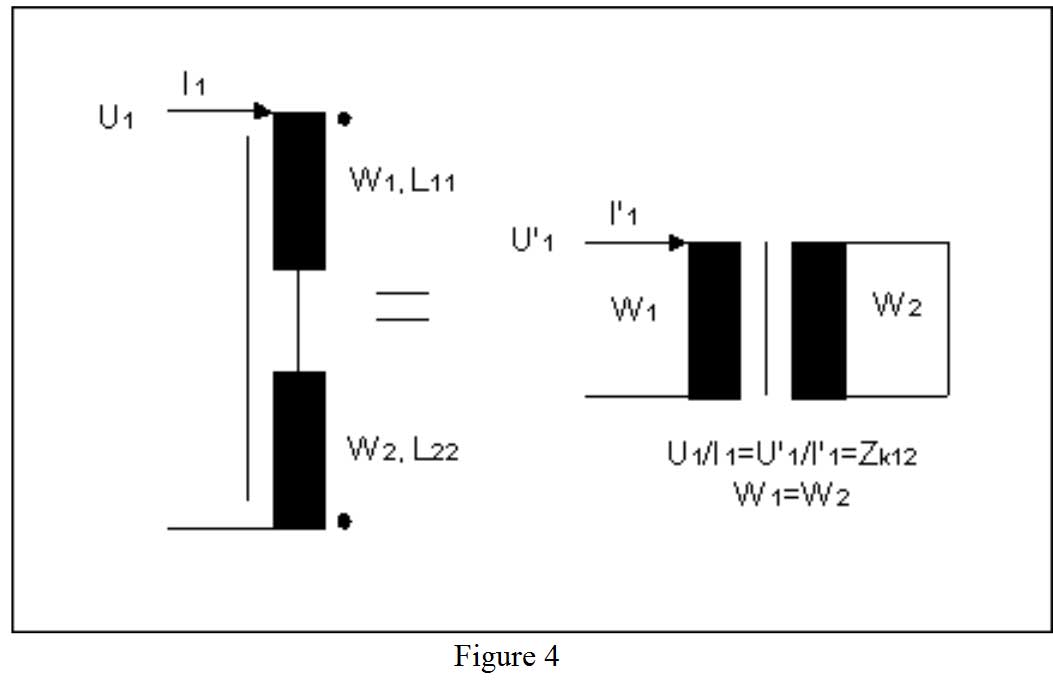 It can however also be calculated as follows:

From this an important conclusion follows:

Equation (9) is now substituted into an equation of the UI-equation system (5):

With the help of the equation of the Ampere-turns the no-load current io is introduced:

The no-load current plays an important role in a small transformer, especially in the area of power outputs up to 10 VA, and cannot be ignored. Equation (11) now evolves as follows:

The difference of the two equations is now formed. After some transformations the new system of UI-equations is produced: 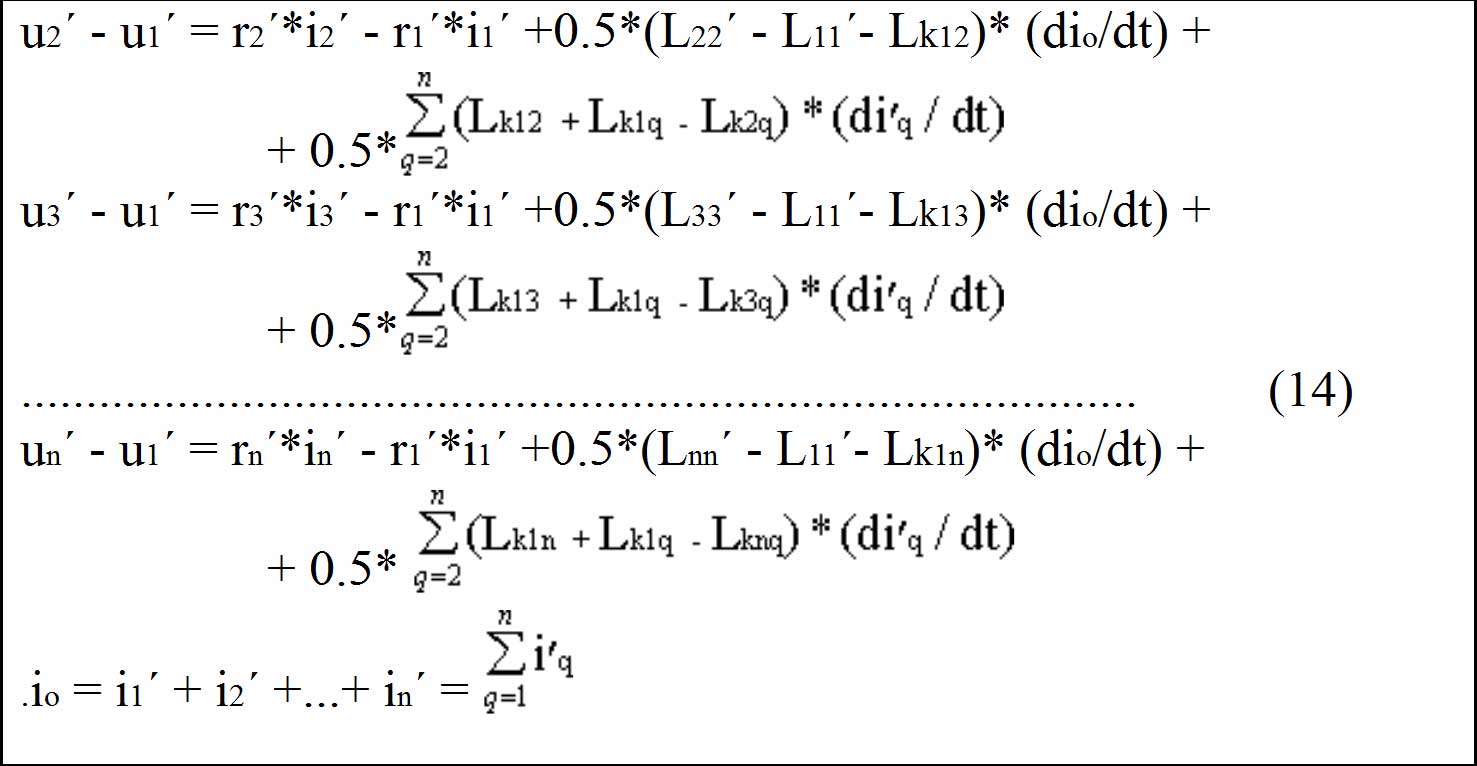 the system of the UI equations reads as follows:

If the supply voltage is connected to the partial winding j, the following is the case: 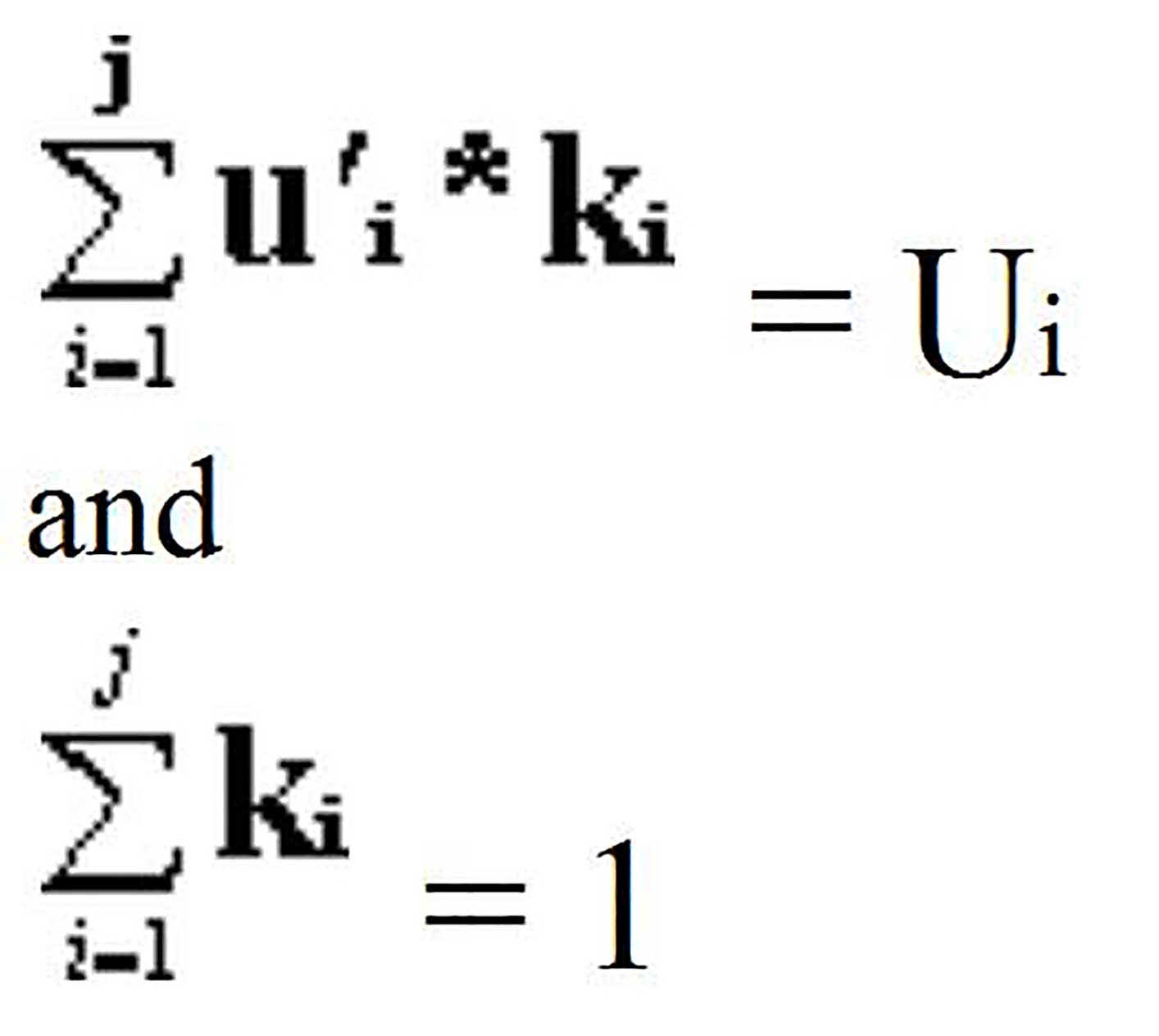 From this it follows that

The final transformation now takes place. After the multiplication of the first k equations (20) by the factors k1...kk the sum of the voltages in the first k partial windings is formed:

Now k partial windings are selected so that the following condition is fulfilled: 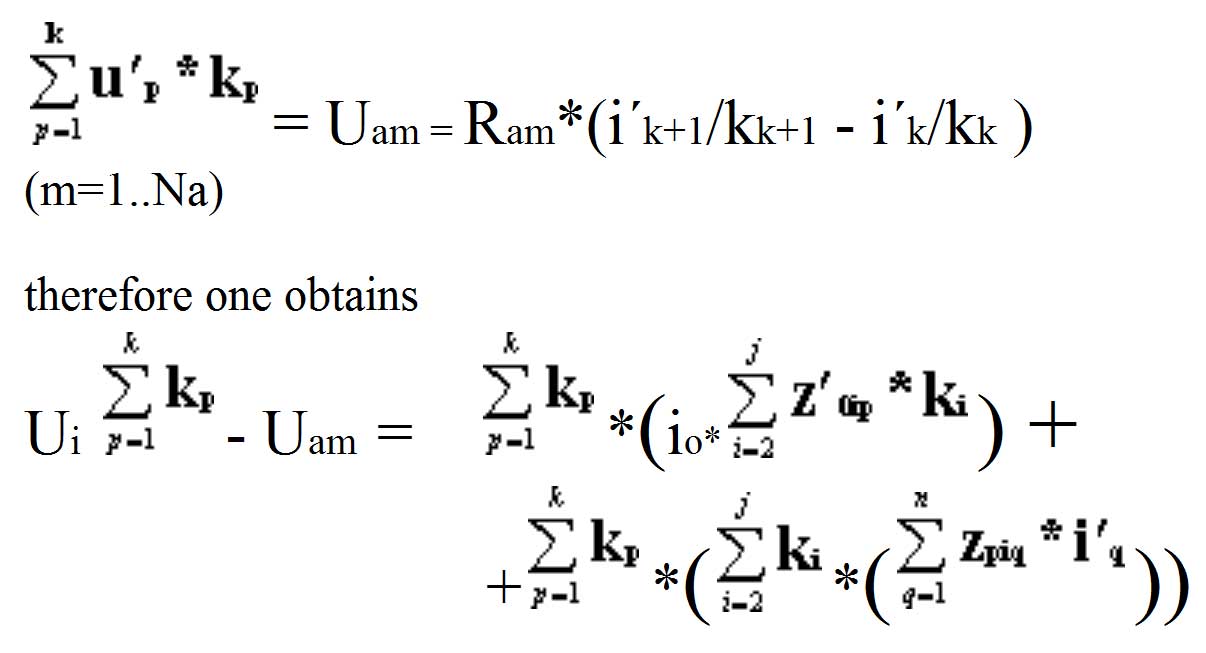 The system of UI-equations is then defined as follows: 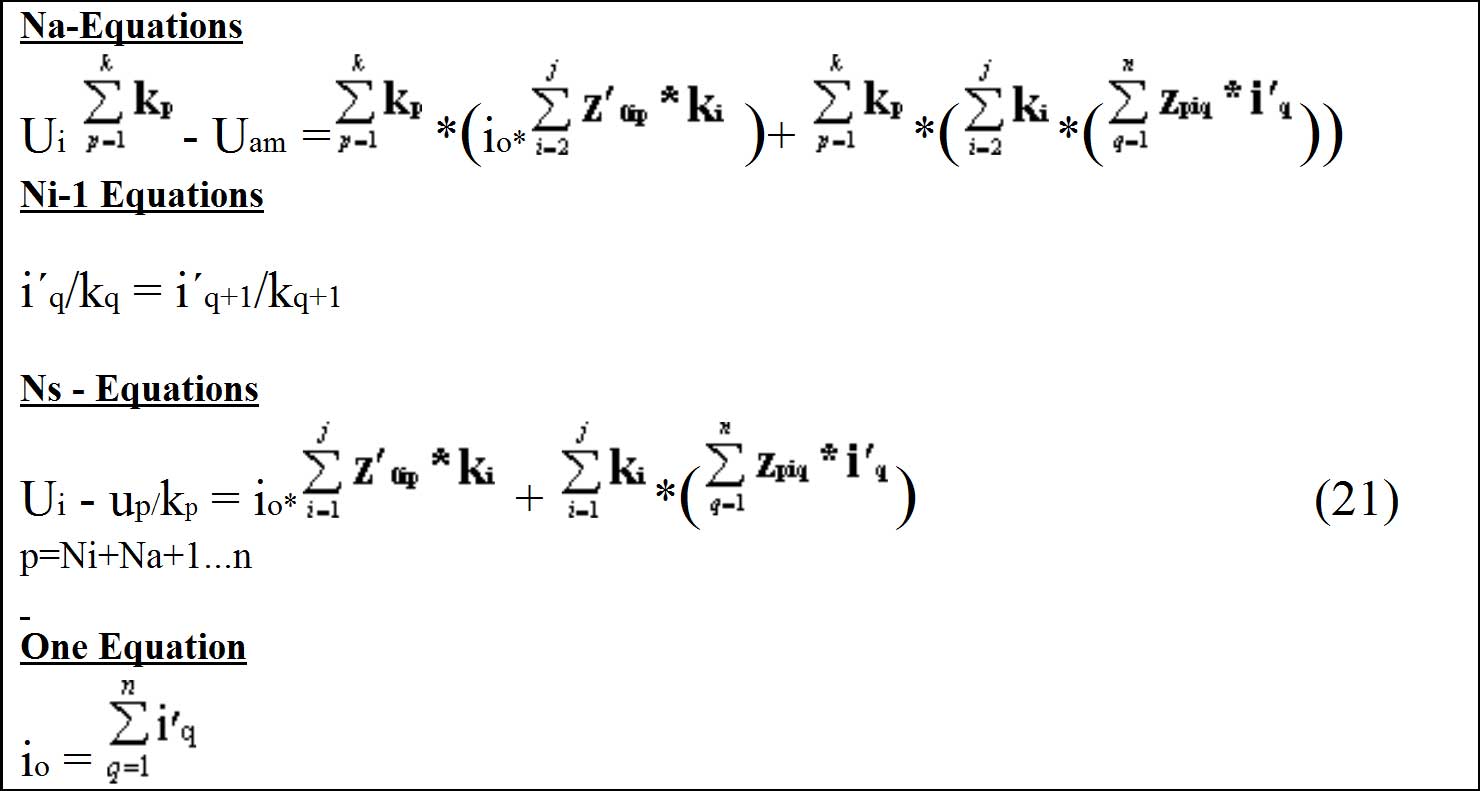 The typical arrangement of the two partial windings 1 and 2 in a small transformer is shown in Figure 5. 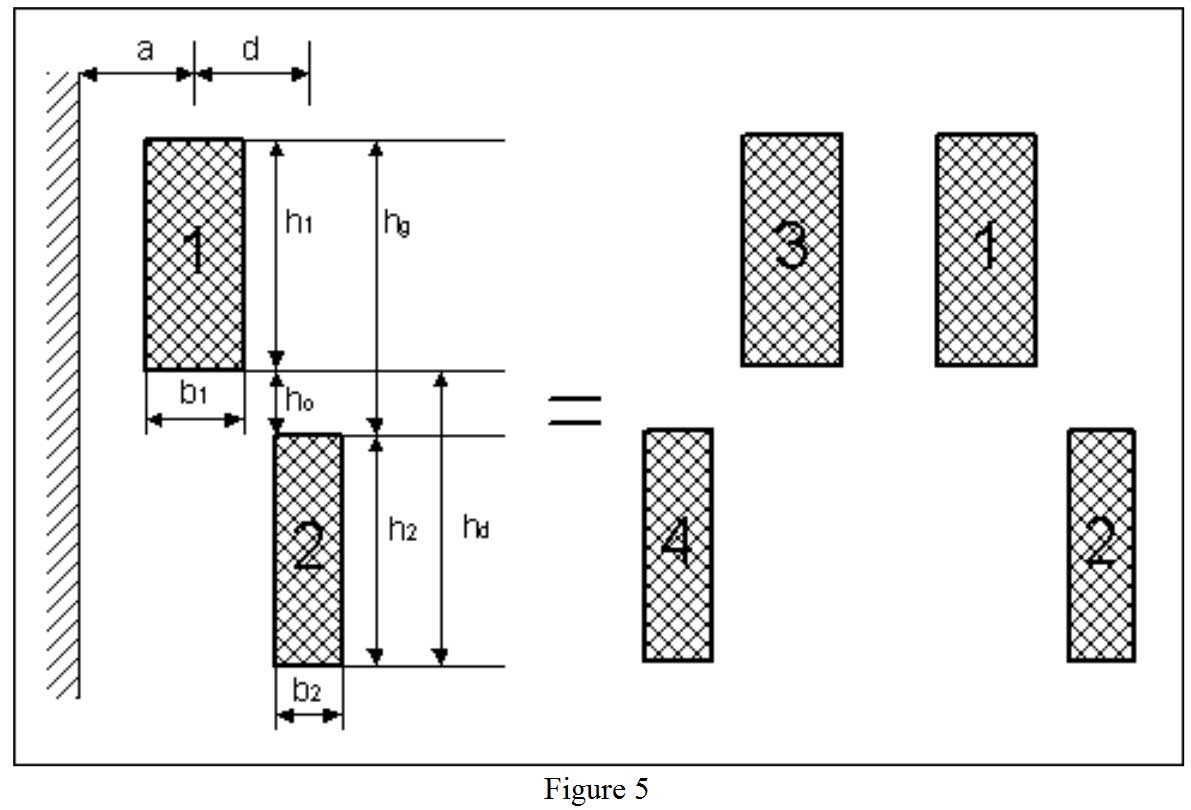 The calculation of the short-circuit inductance takes place by using the method of the root mean squares of the distances {R.3}: 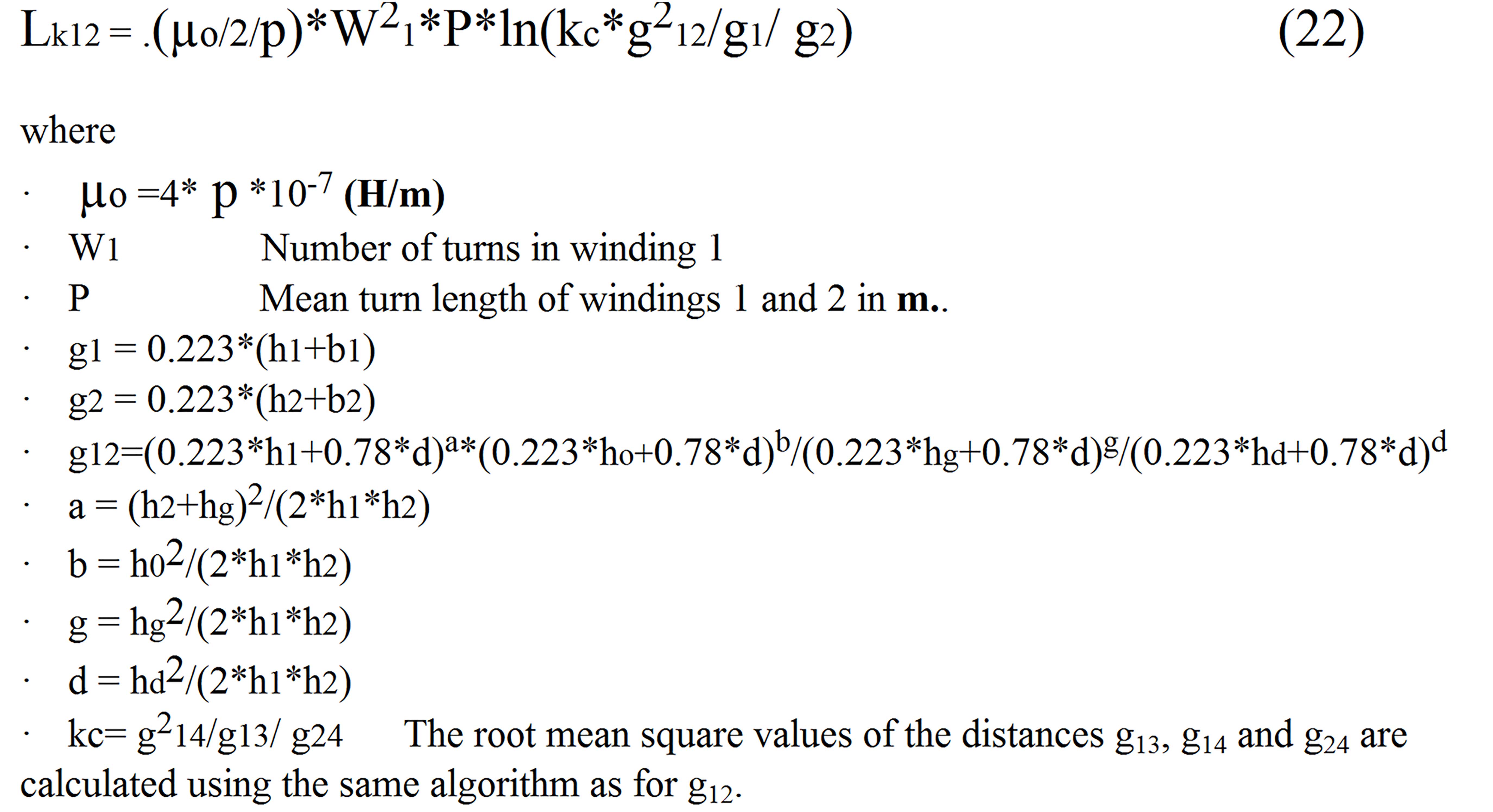 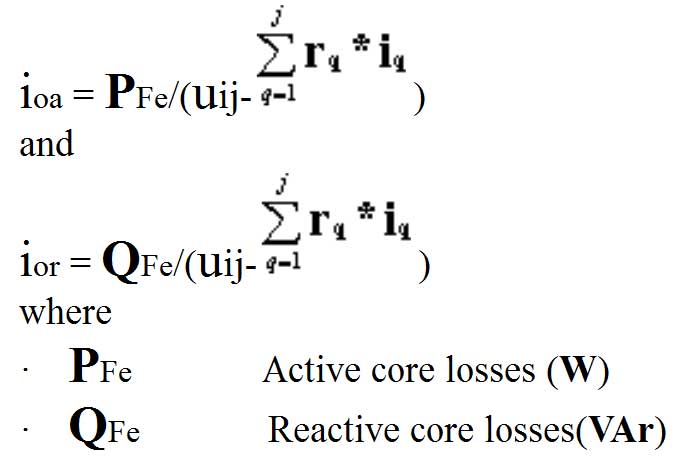 4.3.Differences in the Self-inductances of two Partial Windings

For a double-section bobbin the following is valid:

For a single-section bobbin two different cases are considered: